Home » Piano » What is the Easiest Classical Piano Piece?

What is the Easiest Classical Piano Piece?

Many piano students, especially adult beginners and “returners” (piano students who have returned to the piano after many years or even decades) wonder what their options are for playing classical music. They (and you) may ask:  When will I be able to play the Moonlight Sonata? How can I quickly improve as a player? What is the easiest classical piano piece (or pieces) to play?

Since there are hundreds of thousands, if not millions, of classical piano pieces, the latter question isn’t an easy one to answer in any definitive way. Indeed, selecting just one “easiest” piece would not only be difficult, but might unnecessarily steer you to a piece which you might not like anyway.

Just about any piano piece can be arranged to be easier – or harder. In fact, even classical music that wasn’t originally written for piano is often arranged for the instrument. In the 19th century great pianists and composers like Franz Liszt produced literally volumes of piano arrangements of great orchestral music. For example, Liszt created very accurate, and often quite difficult, arrangements of Beethoven’s nine symphonies.

On the other side of the equation, there are also arrangements of famous melodies from those same nine symphonies that are playable by beginners. For example, it’s a rare adult piano method that doesn’t include Beethoven’s “Ode to Joy” theme from his Ninth Symphony.

Piano pieces in the key of C

Arrangements of piano and non-piano music can be made easier to play in several ways. For example, if the original key of the piece – say D flat major – is among the harder keys to read, an arranger may transpose it to an easier key like C major.

Or perhaps the chords are quite difficult in the original piece, in which case the arranger may create easier chords to play, or sometimes leave them out altogether for a particularly easy version.

Or, if the rhythm is difficult to play or read, the arranger may simplify it. As you might guess, creating simpler arrangements actually takes great skill on the part of the arranger. There’s always the risk of altering the original piece so much that it becomes unappealing.

Even if they don’t sound quite like the original, playing such arrangements can be extremely satisfying and motivating.

An “original form” piano piece is just that, i.e. one that hasn’t been arranged to be easier. Fortunately, there is a plethora of excellent and relatively easy original form classical piano pieces to learn.

How long it will take to learn an original form piece

Most adult beginners and returners are ready to begin playing original-form classical piano pieces after 1-3 years of lessons. Finally having the skill to play authentic keyboard music in its original form by great composers such as Bach and Mozart is extremely satisfying for classical music lovers.

To find a qualified and experienced classical piano teacher in Montreal, Toronto or Vancouver.

There are thousands of such pieces written by major and minor classical composers. But the bulk of introductory original form piano music usually focuses on minuets, bourrées and dances by famous composers such as J.S. Bach, Wolfgang Amadeus Mozart (as well as his father, Leopold Mozart), Franz Joseph Haydn, Ludwig van Beethoven, Franz Schubert and Robert Schumann, as well as excellent short pieces by less well-known composers such as Clementi, Czerny, Gurlitt and Pleyel.

Books of such original form classical piano music often include a range of music composed during the four major periods of classical music: Baroque, Classical, Romantic and 20th Century/Contemporary. Therefore, piano students will also likely play enjoyable pieces by more modern composers such as Bartok and Kabalevsky, both of whom wrote a great deal of easier music for piano students.

As a piano teacher for adult beginners, it’s my experience that many imagine they’ll be able to play a favorite classical piece sooner than is likely. While anything is possible, many students underestimate the technical and/or musical difficulty of some of the most popular piano pieces, especially those that may sound relatively easy to play (but that aren’t!), or pieces that are relatively easy to play, but not so easy to play well, i.e. to communicate the musical or emotional depth or subtlety that the music deserves.

What are some of these “less easy” yet eventually approachable pieces? Highly popular classical piano pieces that aren’t so easy, and that (at least in their original form) are likely to take most adult beginners/returners at least 3-5 years of study before learning them, include:

Naturally, the better your practice skills and habits and the longer you practice on a regular basis, the sooner you’ll be ready to tackle these and similar pieces!

The most important thing to remember is that no matter where you are as a player, even practically in your first few weeks of playing, there is classical music available at your ability level. And the longer you play, the more of the magnificent canon of classical music will become available to you.

Doug Hanvey is the founder of Creative Keyboardist, which offers virtual private lessons for creative adults.

What is the easiest classical piano piece?

Here is a list of the easiest classical piano pieces in order of difficulty: 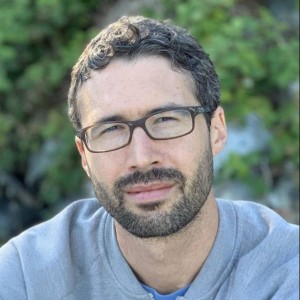